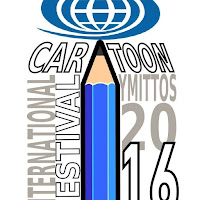 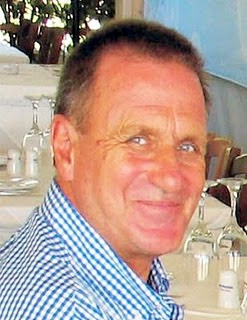 FECO Greece-Levadia President Yiannis Geroulias gives the sad info that the well-known Greek comic artist and Vice President of FECO Greece-Levadia, Efthimiadis Athanasios died at 23rd of December. Athanasios Efthimiadis was born in Istanbul in 1944. In 1968 he graduated from Istanbul Technical University, Faculty of Civil Engineering. Living in Athens since 1976, he was married with two children. He could speak Greek, Turkish, English, French and was fluent in Albanian as well. Athanasios Efthimiadis was interested in cartoon art in the early years but towards the middle of the 1990s began to draw cartoons. He began to participate in international competitions in 2000 and has achieved many successes then. Athanasios Efthimiadis retired in 2006 from the institution "the PPC of Greece" where he had worked as an engineer, and devoted himself entirely to cartoon art. He has won a total of 38 awards in international cartoon competitions so far and was also a member of selection committees. He was one of the artists whose biographies and selection of works were included in the "20th Century World Dictionary of Contemporary Graphic Humorists", published by the "Academy of Humor" in Spain. Some of his works are collected in the "Museum of Graphic Humor EU". He had published his cartoons in "A Cartoon Approach". (Source: Huseyin Cakmak, Cyprus cakmak@kibris.net)